Giant's Lair, more commonly known as the Dead Lands, is one of the areas in Bug Fables. The only area it's connected to is the Rubber Prison, which is connected to the Metal Lake and the Ant Mines. It's where Chapter 7 takes place.

The Giant's Lair is a dark room that resembles a human's kitchen and dining room, with giant objects that resembles the ones found in Forsaken Lands as well as rocks and dead bushes scattered around.

The first room is an empty space and there is a Venus' Bud, and is the only Venus' Bud found in this area due to its unnatural atmosphere. The second and the third room features several giant glowing eyes, and a Dead Lander γ will be spawned if Team Snakemouth gets caught by the spotlight they emit. There is also a Red Crystal that can heal the party for free without saving the game in the third room. The fourth room has a Blue Crystal, as well as an entrance to an icy area (presumably a fridge). At the far southeast side of the Cold Tower, a huge Ancient Crystal lies near a plug, electricity is visible connecting from the plug to the crystal. Meaning that the Ancient Crystals conduct strong electricity, as the fridge is able to stay fully powered forever. At the third layer of the fridge there's a lift that directly leads to the actual Roach Village where several items are sold, a free inn and a lift that leads to the beginning of the area is present. Left of it is the Sapling Plains. A stove area with several fire variants of the enemies found in the Sand Castle. Finally, at the end of this area, the fabled Everlasting Sapling is found, and it's also the area where the final boss of the game is fought.

After beating the game the items sold in the shop are changed, there will also be several new dialogues from the Roaches and the Elder about the Everlasting Sapling, the life in Bugaria, the experiment, and many more.

This section has spoilers of the game. 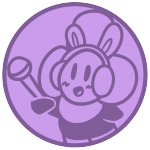 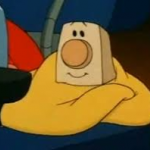